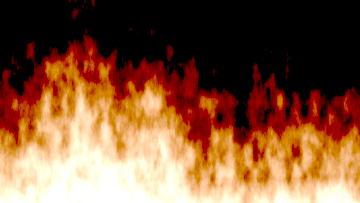 This tutorial will guide you in making a realistic fire animation with Synfig.

Be sure to check out the resulting animation, and have a look at the gallery below to see other videos exploiting this technique!

This tutorial is not "advanced" as in "difficult", but it requires that you are familiar with the Synfig interface and tools, as these will not be covered here. Start with the more basic tutorials and keep an eye on the Manual if you are not familiar with terms such as "Blend Method" or "Group". The duration of this tutorial is estimated between 30 and 50 minutes for an average Synfig user.

The basic idea of the technique we'll be using is inspired from the tutorial "Fire in Photoshop", by Eros:

You can optionally download the File:Realistic fire tutorial.sifz, available under Creative Commons (by nc sa).

Start with a blank Synfig file, any size will do. To match a good-looking widescreen ratio this tutorial uses 360x203. 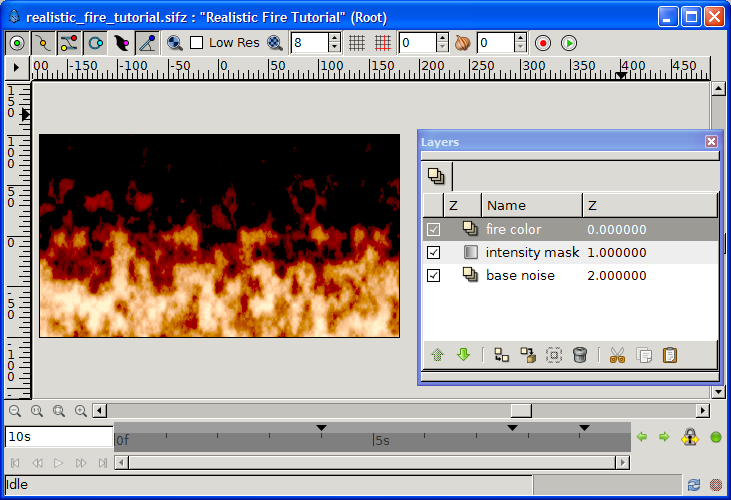 Bringing this fire to life is about moving the base noise upwards. Therefore we

At this point you can Preview a few frames, to appreciate the effect of moving flames... and quickly notice how dull and boring it looks: the flames fade away when rising but lack of movement and surprise. Let's add some!

The idea of the technique used in this tutorial is to brighten zones that will become hot, yellow flames, and darken zones that will be dark, red flames. As moving base does just that being a black and white cloud, we'll apply the same steps again to add some irregularities:

A snapshot of these last settings is given in the picture at the end of step 2. 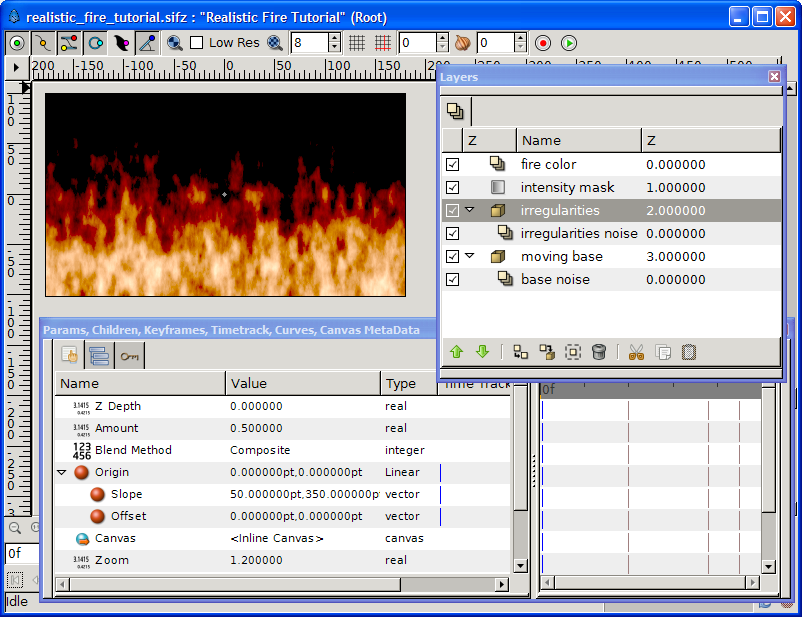 To complete this tutorial, we will add some hot spots at the base (figuring the source of the flames) and left of the fire, to make it less rectilinear. This is done by slightly brightening some areas underneath the fire color layer. 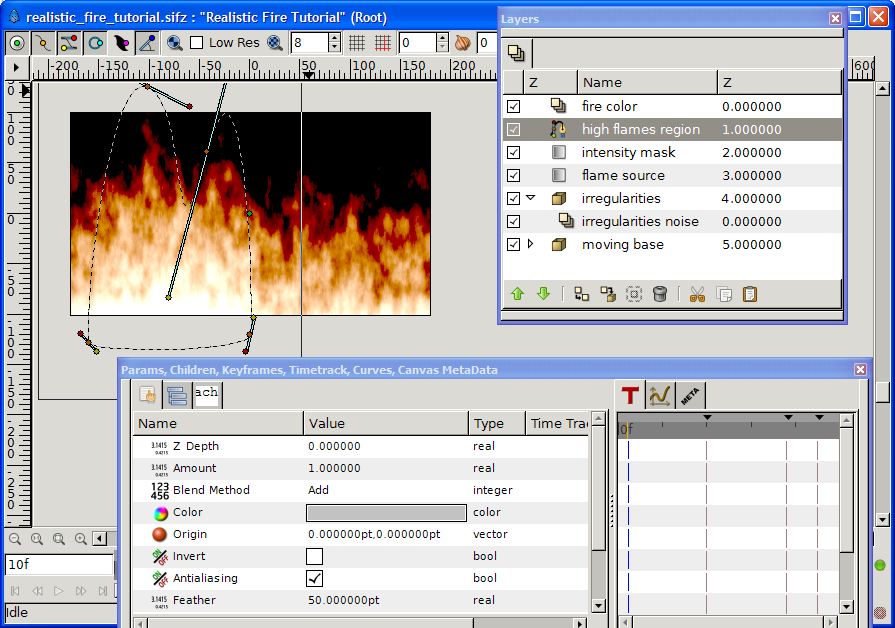 You can optionally download the result File:Realistic fire tutorial.sifz, available under Creative Commons (by nc sa)... but you just made your own so there's no need!

Various settings allow you to achieve very different fire types and effects. Contribute to this section or discuss them in the talk page!

Some "easy" tailoring include:

Be cautious playing with the fire!

You used this technique? Leave a link here and a few hints in the talk page!