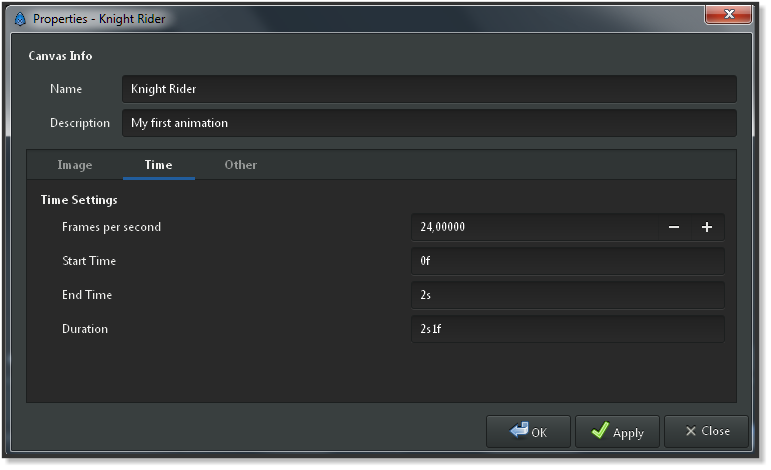 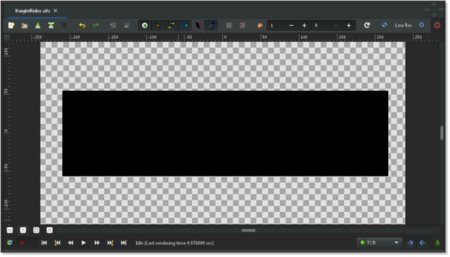 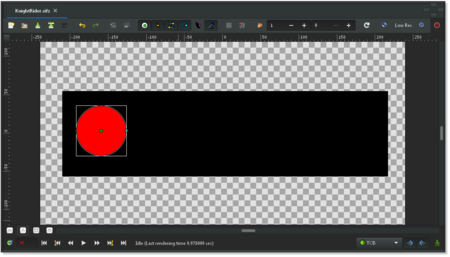 In animate editing mode, every change to your objects creates a waypoint that associates the changes with the current time. As you will see, Synfig can create smooth intermediate changes between waypoints, and you can even choose the way in which the intermediate changes take place. You will probably find it helpful to associate some or all of your waypoints with keyframes. 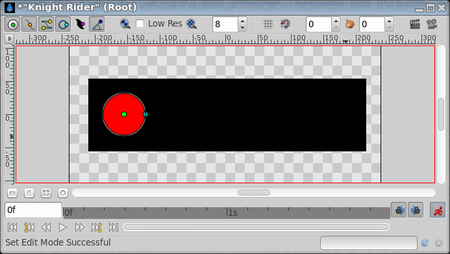 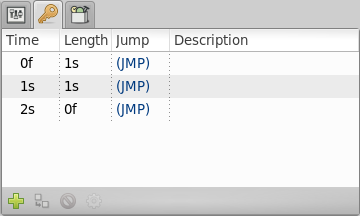 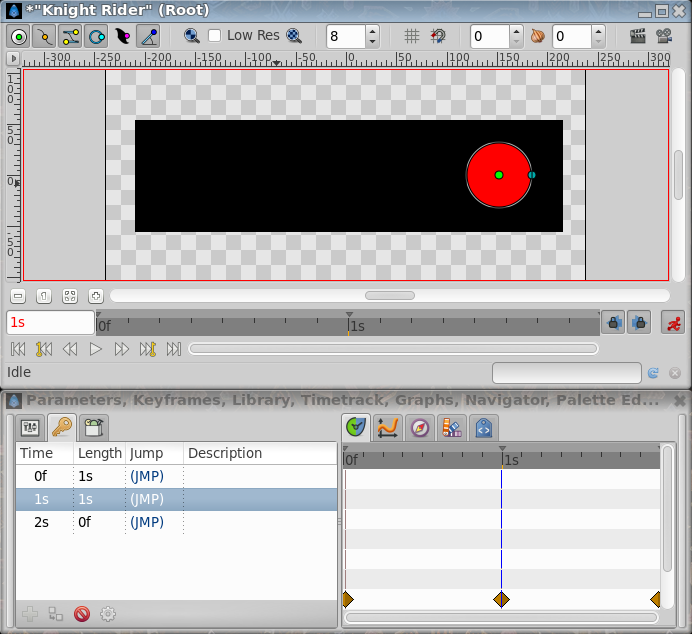 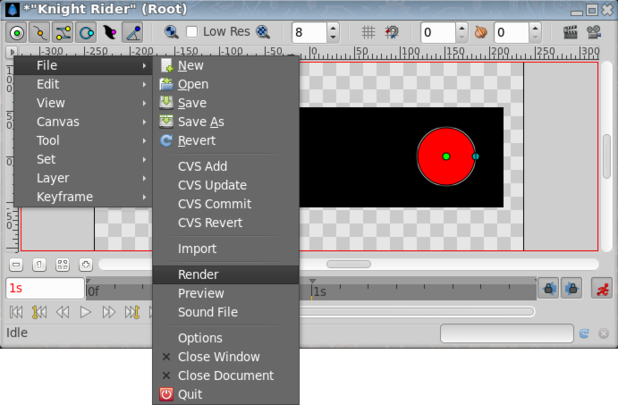